The Mystic Star is revealed to Adam, Justin and Kim once they decipher the diary of Bedwyr, the ‘Curious Monk’ who is James’ ancestor. This is a map of symbolic clues to what faces them in their quest to locate the Seven Stones of Power before their enemy does. Each book includes a planet, a king, a metal, an animal or creature, among the clues. In this journey, Adam must learn things about himself, and develop the qualities necessary for him to face the final hurdle in Book Seven. Follow along as the clues are revealed with each book. 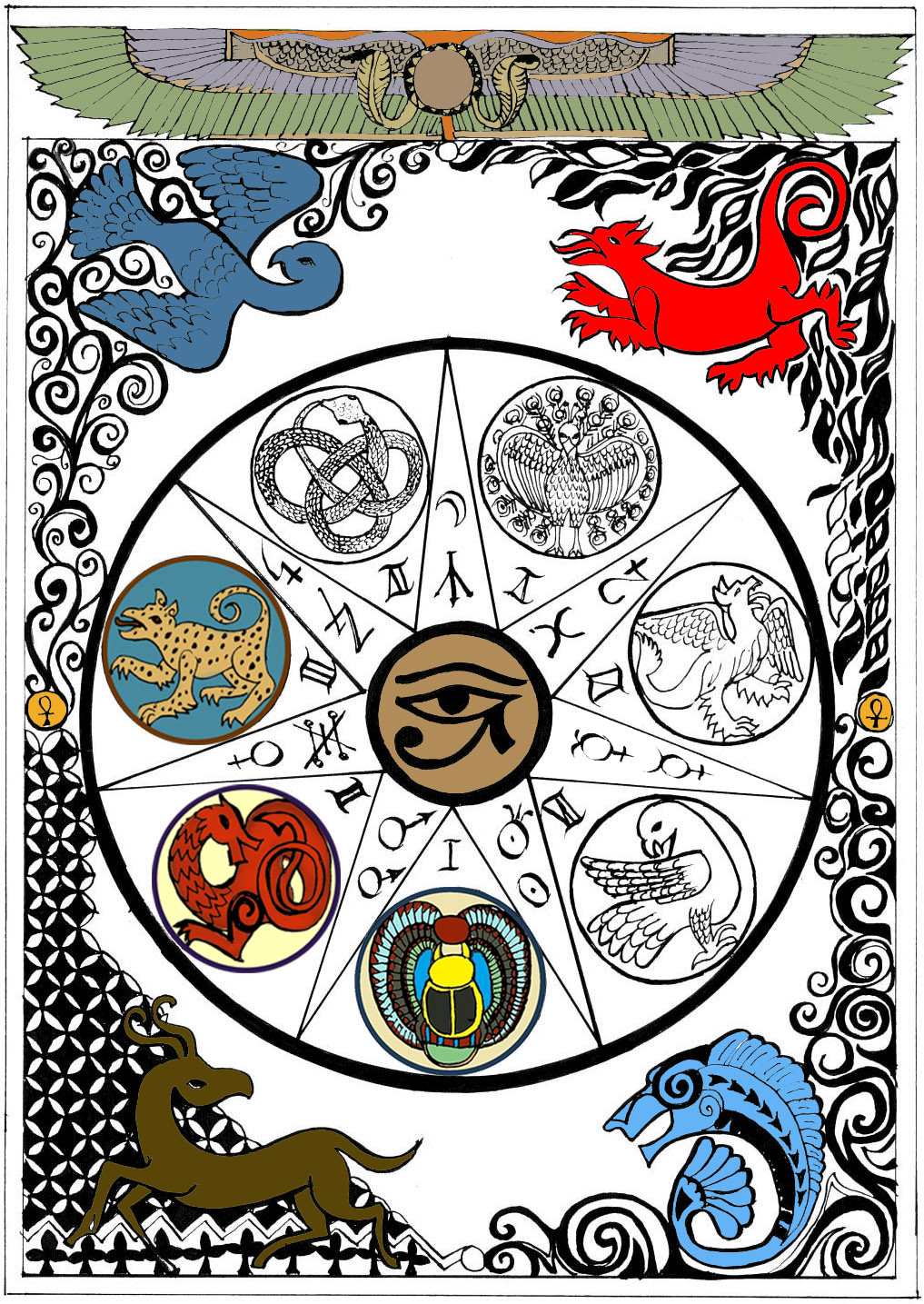 The scarab is an extremely important part of ancient Egyptian mythology and culture. It was, literally, a sacred creature to these people of long ago, both as an insect they would see daily, and a symbol of much more. The scarab was linked to Khephri, the god of the rising sun. The ancient Egyptians believed that Khephri renewed the sun every day before rolling it above the horizon, and then carried it through to the underworld after sunset, only to renew it again the next day.

The sun is the star at the center of our solar system, around which the Earth and other planets revolve. It provides us with heat and light. Astrologically, the Sun is usually thought to represent leadership qualities and the principles of creativity, spontaneity, health and vitality, the sum of which is named the ‘life force.’ For many ancient sun worshippers, the sun was a source of life. It was power and energy, light and warmth. The Scarab King, like the sun, was a source of everything as the leader of his people.

One of the more valued elements, gold represents perfection in all matter, on any level. It also symbolizes humankind’s goal to obtain perfection in mind and spirit. The legend of alchemists turning common metals into gold is actually a parable for the human quest to change base vices like greed, hate and selfishness into qualities like love, virtue and compassion through the process of self-purification. Thus, gold is symbolic of this transition of the soul. The sacred scarab, the First Stone of Power is set as a magnificent jewel in gold.

The quality that Adam learns is compassion, when he saves one of their kidnappers from death.
In Celtic mythology, the dragon was a gatekeeper to other worlds and guardian to the secrets and treasures of the universe. They were often depicted side by side with the Celtic gods. As creatures that protect the Earth and all living things, dragons are considered the most powerful of all the Celtic symbols. Two dragons appear on the cross guard of the hilt of Excalibur.

Mars is often referred to as the fiery planet or the red planet because of its reddish hue. It’s also known as a planet of war, and we see this in connection with Mars, the Roman god (Ares in Greek mythology) of war. King Arthur was a Celtic warlord who helped saved Britain from the Saxon invasions by his skill as a leader in battle.

One of the most abundant elements in the universe, iron is dominated by the planet Mars. Iron symbolizes physical power, aggression, growth, dependence and protection. It promotes emotions such as confidence, courage, strength, stamina and resilience. It is considered to be the most ‘human’ metal. Excalibur is thought to have been made of meteoritic iron, a metal ‘not of this world’ and, given the attributes of iron, a fitting weapon for a brave king. The Second Stone of Power is embedded in the hilt of Excalibur, perhaps giving the sword its legendary powers.

The quality that Adam learns is courage, when he tackles Dr. Khalid on his own.
'Jaguar' is a Native American word meaning, 'he who kills with one blow.' The Maya, Aztecs, and Incas all worshiped the jaguar in some form. In the pantheon, the jaguar god was second only to the snake god in religious importance. The jaguar represents power, ferocity, and bravery; he is the embodiment of aggressiveness. For some, the jaguar represents the power to face one’s fears, or to confront one’s enemies. This is something Adam must do when he faces Tezcatlipoca, or Smoking Mirror.

The planet Venus was particularly significant to the Maya; the important god Quetzalcoatl, for example, is identified with Venus, the brightest natural object in the night sky (after the moon). Adam is thought to be linked to Quetzalcoatl, whose brightness counteracts the dark chaos of Tezcatlipoca. This leads to Adam being in terrible danger!

Copper was associated with the goddess Aphrodite/Venus in mythology and alchemy, owing to its lustrous beauty and its ancient use in producing mirrors. The elemental alchemy symbol for copper is also the planetary symbol for Venus. This symbol embodies such characteristics as love, balance, beauty, and creativity. It is also considered a healing metal that teaches about living a fulfilling life. The Topiltzin Disc, made of copper and containing the Third Stone of Power, speaks of teaching others.

The quality that Adam learns is teaching, when he learns about the culture of the uncontacted tribe that saved him, Justin and Kim. In exchange, he will teach others about the Jaguar tribe and why they must be protected.
Earth mythology contains the idea of sacred marriage: the ritual union of the goddess of the land, the spirit of the earth itself, with the mortal king. The king enters into a sacred partnership with the kingdom. The union with the goddess legitimizes his rule and gives him sovereignty, allowing the land to prosper. Earth itself, the actual soil, keeps Adam and his friends grounded.
Birds are the messengers of the gods. The language of the birds is also known as the Green Language or the language of the gods. The language of the birds is considered to be a mystical, perfect or divine language, a mythical or magical language. Adam notices there are always birds around on their adventures. The person who can open and read the Book of Thoth will be able to understand the language of the birds.
The heraldic significance of the salamander was that of a brave and generous courage that the fire of affliction cannot destroy or consume. The salamander symbolizes enduring faith and courage that can't be destroyed. It is a symbol of endurance and resurrection. In Book Two Adam, Justin, and Kim save someone from a fire.
Dolphins are strongly associated with Poseidon, the god who founded Atlantis. They appear in Greek myths as helpers of mankind. Dolphins teach us that when we live in tune with the patterns and rhythm of nature, we learn how to truly be in touch with, resonate and communicate with all that is and how to share this wisdom with others.
The symbol of the winged sun is one of the most ancient and frequently used symbols that you will find in the recorded history of human civilization. It represents truth and light. It was used as a symbol of protection in Ancient Egypt.
The Eye of Horus is also known as the Eye of Ra. Designed to resemble the eye of a falcon, this symbol is called the Eye of Ra or Eye of Horus and represents the right eye of the Egyptian falcon god Horus. As the udjat (or utchat), it represented the sun, and was associated with the sun god Ra (Re). The mirror image, or left eye, represented the moon, and the god Thoth. According to legend, the left eye was torn from Horus by his murderous uncle Set, and restored by Thoth, the god of magic. After this, some stories state, Horus made a gift of the eye to Osiris, which allowed this solar deity to rule the underworld. The Eye of Horus was believed to have healing and protective powers, and it was used as a protective amulet, and as a medical measuring device using the mathematical proportions of the eye to determine the proportions of ingredients in preparing medications. The Masonic all-seeing eye, the Eye of Providence symbol found on American money, and our modern Rx pharmaceutical symbol are all descended from the Eye of Horus.
The ankh, also known as the key of life, the key of the Nile or crux ansata (Latin meaning 'cross with a handle'), is the ancient Egyptian hieroglyphic character that means 'life'. It represents the concept of eternal life. The Egyptian gods are often portrayed carrying it by its loop, or bearing one in each hand, arms crossed over their chests. Things start to happen for Adam when a birthmark in the shape of an ankh appears on his back during his trip to Egypt.

© Copyright The Chronicles Of The Stone.
All Rights Reserved.
Website designed and hosted by LIT Creations.
You are visitor number: 187094
Social Media Corner 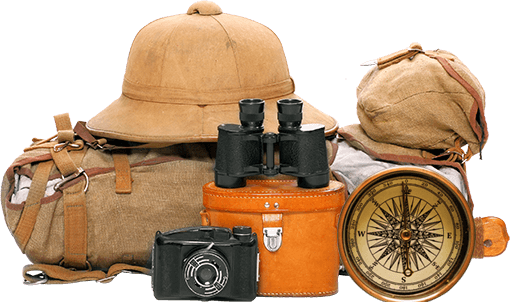